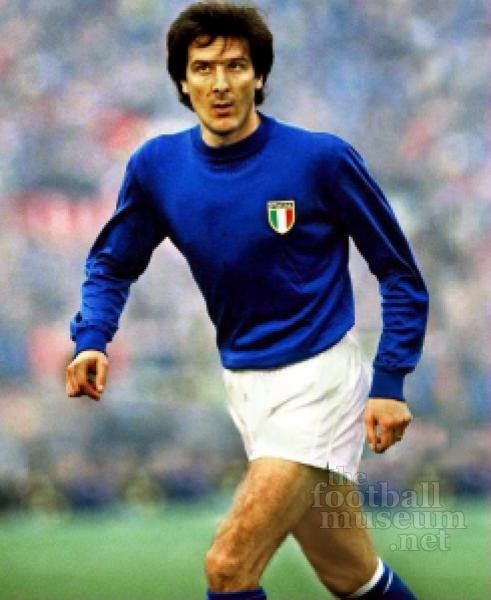 Gaetano Scirea was one of the first players I wanted to be as a kid, having initially seen him in action in the 1978 World Cup, and then again when Italy won the tournament in ’82. His peerless technique, composure and grace on the ball made him stand out not just amongst the cloggers usually populating the defence, but among footballers in general. When he crossed the halfway line, head up, ball at his feet, the crowd held its breath in unison, waiting for his next move as the rest of the Italian team scampered forward in anticipation of another killer through ball.
Famously never earning a red card throughout his entire career, Scirea formed a nigh-on impregnable partnership with the ultimate anti-hero, Claudio Gentile, the pairing perfectly representing everything that’s good and bad about Italian football at its very best.
One of only five players in history to win every single international club trophy recognised by UEFA and FIFA, his record at both club and international level is highly impressive and yet he remains a largely under-rated player, mainly due to the relative lack of TV coverage at the time compared to the modern age. One other possible reason may also be his tragic death at the age of 36 in a car crash in Poland: never given the chance to forge a post-playing career in coaching or the media, he rather faded from memory.
Since his death, various awards have been named in his honour, as well as a section of Juventus’ ground, where he plied his trade for most of his career.
Even now, I still think of him whenever anyone talks about a “skilled defender” … it’s just a shame most people don’t know who I mean when I say his name.

All of the match worn shirts have been authenticated by Graham Budd.

For an additional fee, a certificate can be signed by Graham Budd, consultant and associate auctioneer for sales of sporting memorabilia in London.